During the ceremony, Ambassador D.Davaasuren conveyed warm greetings of the President of Mongolia His Excellency Khurelsukh Ukhnaa to the Governor-General and expressed his willingness to advance bilateral relations in all possible areas during his tenure. Ambassador also noted that he looks forward to widely celebrating the 50th Anniversary of the establishment of diplomatic relations between Mongolia and Australia in both countries.

His Excellency General the Honourable David Hurley congratulated the Ambassador, wished him success in his endeavours and welcomed Ambassador’s remarks on further advancing bilateral relations. Governor-General also noted that the two countries are successfully developing relations and cooperation based on the shared values of democracy, freedom and human rights and emphasized the importance of commemorating the 50th Anniversary of the establishment of diplomatic relations next year. 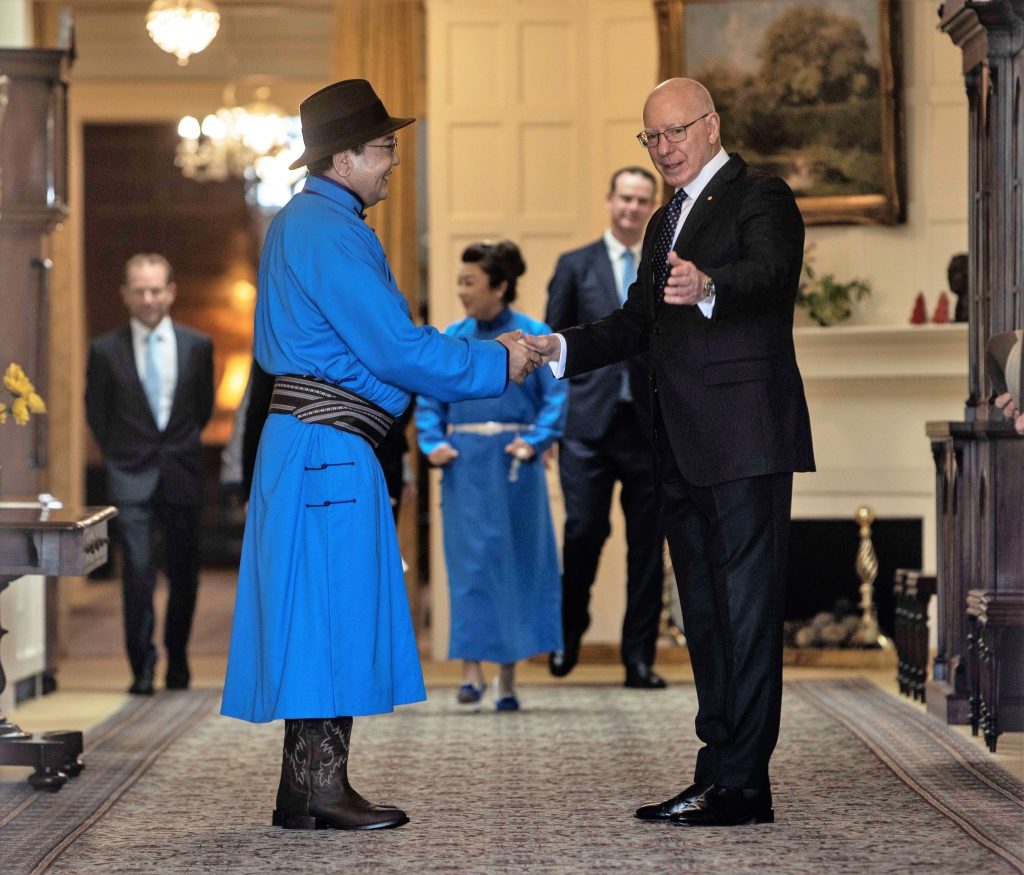 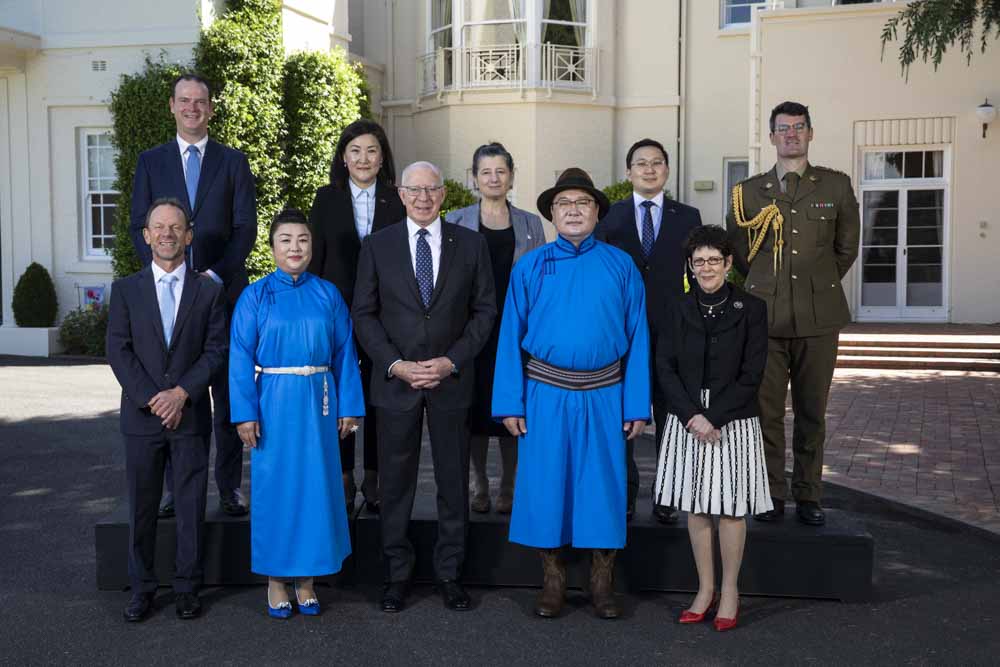