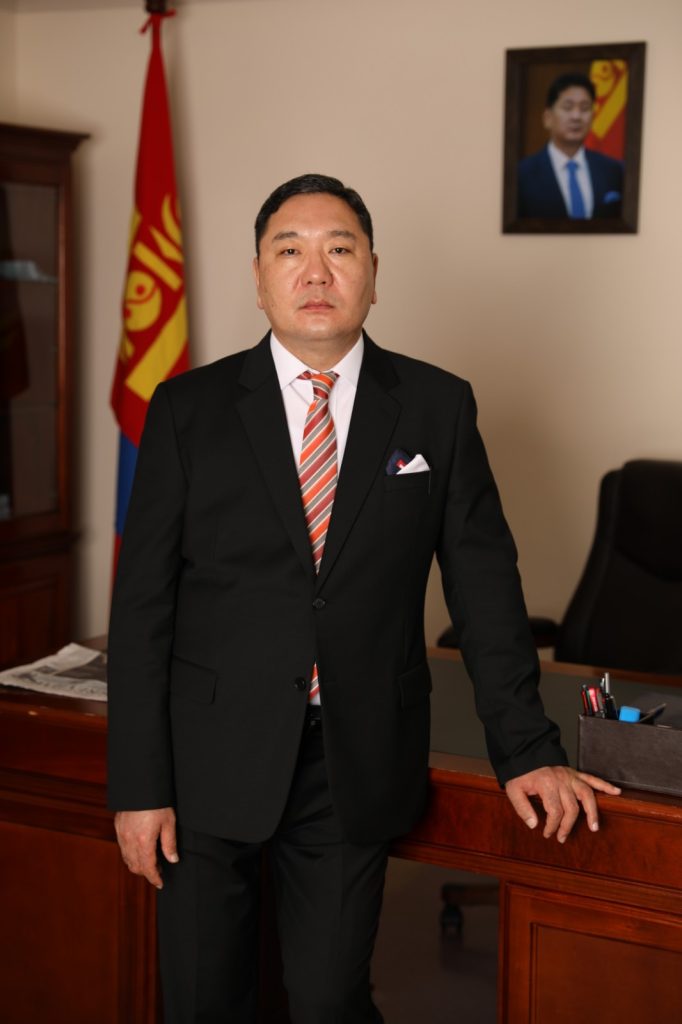 Mongolia and Australia are like-minded countries which highly value democracy, freedom and human rights. Our two countries enjoy close, friendly, dynamic and multidimensional relations within the framework of the “Expanded Partnership”. Today, Australia is a key partner in the Indo-Pacific region and a trusted third neighbour of Mongolia.

This year, we are extremely delighted to celebrate the historic 50th anniversary of the establishment of diplomatic relations between Mongolia and Australia. Over the past 50 years, particularly since 1990’s, political trust between our two countries has continuously strengthened, scope of collaboration has steadily enhanced,  and our partnership has grown to encompass many areas of cooperation including education, mining, defence and agriculture. As regional partners, we continue supporting each other in multilateral fora as well as contributing to international peacekeeping.

On the occasion of the momentous milestone, congratulatory letters were exchanged between the President of Mongolia and the Governor-General of Australia as well as Foreign Ministers, high-level visits were implemented, numerous cultural activities and events were organized in both countries, commemorative coin and stamp were launched, historic buildings in Canberra were illuminated in the flag colours of Mongolia to showcase our partnership and celebrate the half-centennial anniversary. Also, our cooperation was enriched by the bi-annual Senior Officials’ Talks in Canberra, working visits by the Deputy Prime Minister S.Amarsaikhan, Minister of Mining and Heavy Industry J.Ganbaatar and State Secretary of the Ministry of Foreign Affairs N.Ankhbayar to Australia as well as the signing of the Memorandum of Understanding on “Work and Holiday” visa arrangements which further strengthens the people-to-people links.

We attach great importance to enhance bilateral trade and investment which has a huge potential and would give an impetus to economic cooperation between our two countries. Dozens of ASX listed Australian companies have started operations in Mongolia, introducing cutting edge technologies, improving the capacity building of the local workforce, and sharing experience and knowledge. I am proud to note that earlier this year, the Government of Mongolia and Rio Tinto reached an agreement on the Oyu Tolgoi copper mine’s underground operation. The joint project is expected to be the third largest copper mine in the world by 2030, producing around 500 thousand tonnes of copper per year. Other joint projects are being implemented in the mining and extractives fields such as rare earth minerals, green hydrogen, coal seam gas, and renewable energy. I firmly believe that the Australia-Mongolia Extractives Programme and recently re-established Australia-Mongolia Business Council will continue to shore up their activities and further bolster bilateral trade and investment cooperation.

In the past 50 years, Mongolia and Australia have set a cemented foundation of partnership. We view this 50th anniversary of diplomatic ties as a new starting point to consolidate political mutual trust and further advance and elevate our cooperation in the next 50 years.

Taking this opportunity, I wish to extend my sincere and heartfelt congratulations on the auspicious occasion of the 50th anniversary of the diplomatic relations and look forward to more prosperous and flourished friendship between our two countries in the years ahead.