Skip to content
The Embassy of Mongolia in Australia organized the “April Gathering of the Diplomatic Club” networking event on 14 April 2022 in Canberra in collaboration with the Canberra Diplomatic Club and the National Press Club of Australia. More than 200 people from various Diplomatic Missions, International Organizations in Canberra, Department of Foreign Affairs and Trade and other Australian Departments and Agencies as well as students majoring in international relations attended the event. During the event dedicated to the 50th anniversary of the establishment of diplomatic relations between Mongolia and Australia, Mongolian artists performed the traditional long song, contortionism, horse-head fiddle, throat singing and Mongolian food was served to the guests.
Special thanks to the Canberra Diplomatic Club and National Press Club of Australia 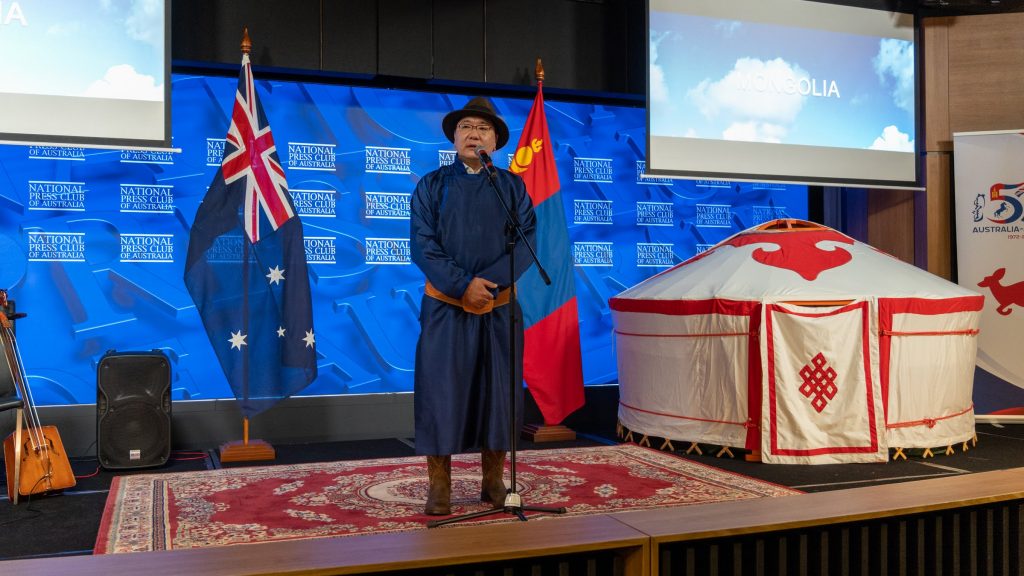 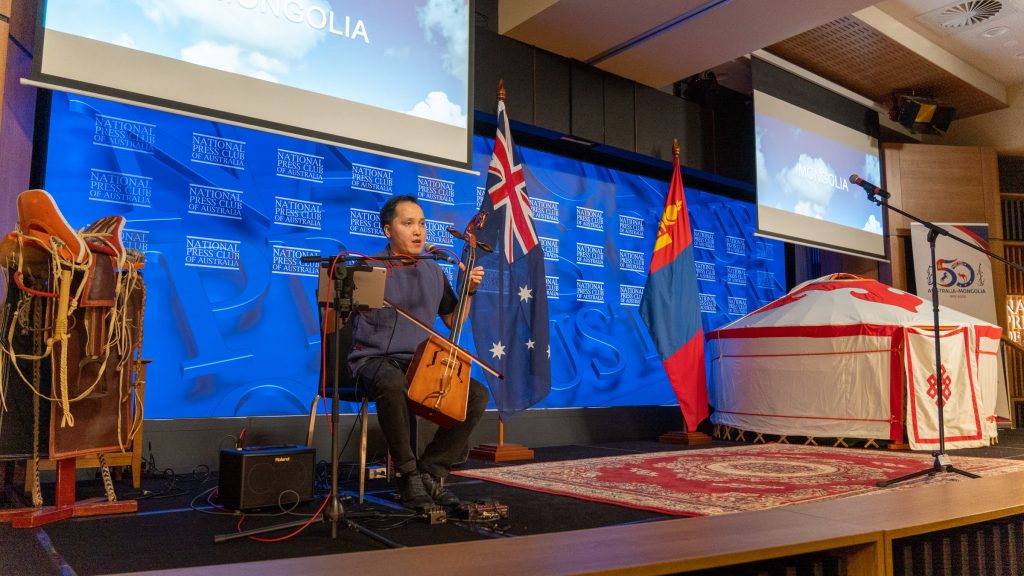 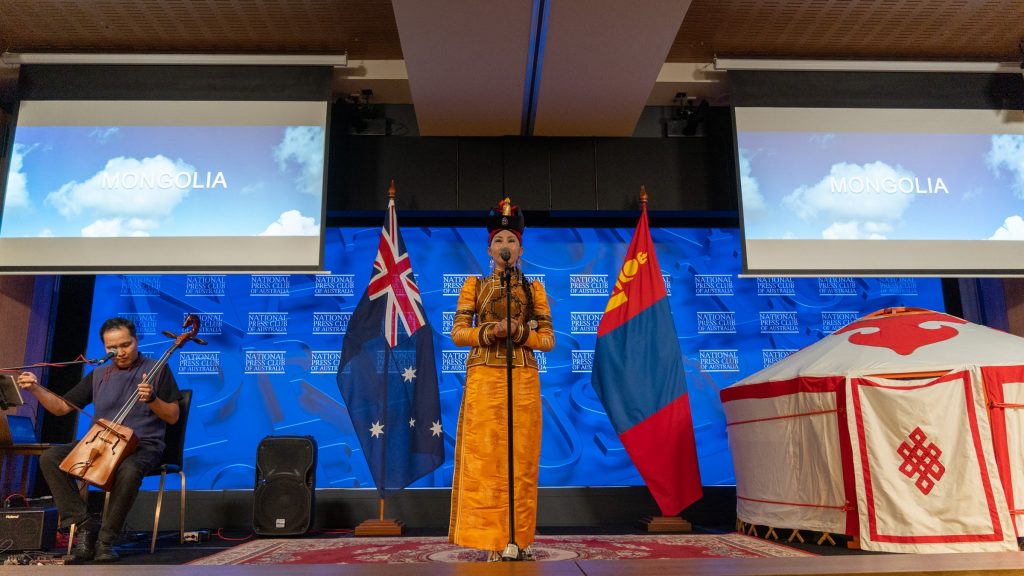 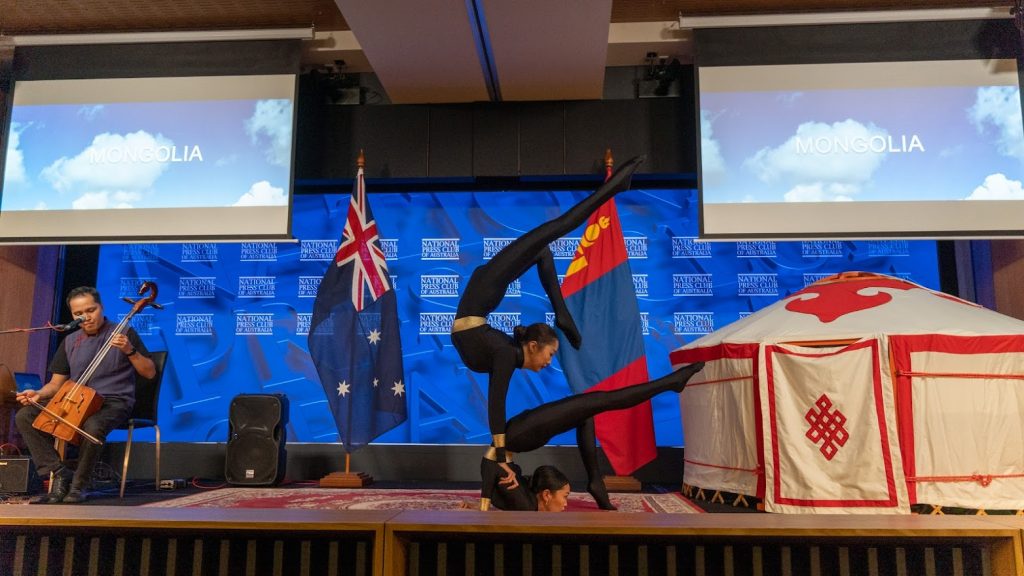 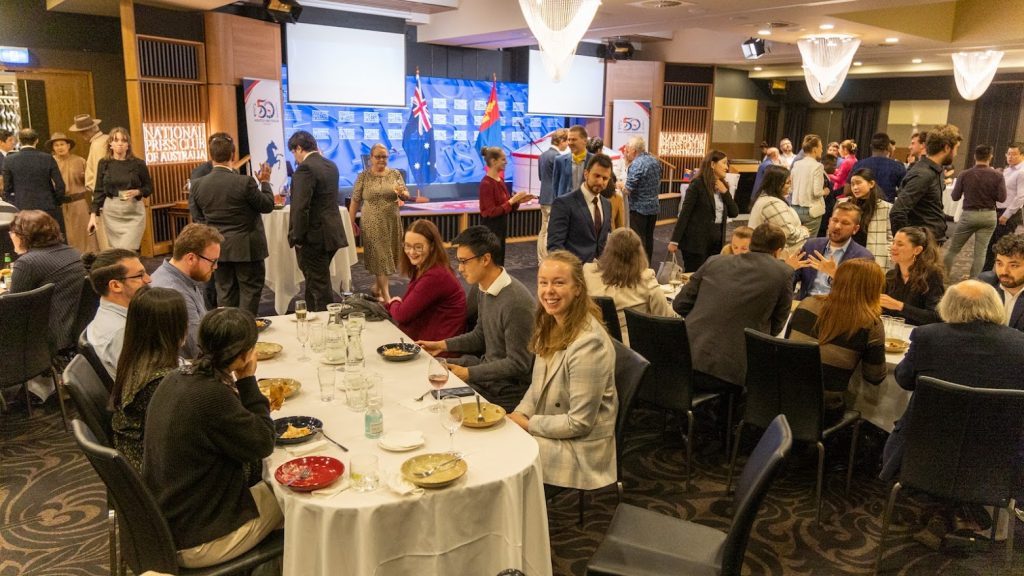